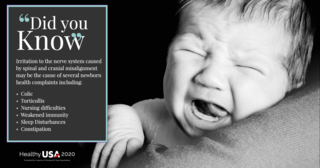 This is a case study of a family's struggle that began at birth with their son.

Every parent wants to give their child the best possible opportunity for a healthy, happy life, maximizing their potential.  Many problems seen in adults begin in childhood. How much better would an individual’s life be as an adult, if natural, non-invasive wellness and prevention care was started during the mother’s pregnancy, at birth or as a young child?

An example of the benefit of chiropractic was reported in the Journal of Pediatric, Maternal & Family Health – Chiropractic recently discussing a case of a 4 year old child that had been diagnosed with intractable frontal lobe epilepsy at the age of eighteen months by a neurologist.  Anti-epileptic drugs were used to try control the daily seizures that had been occurring  since birth.

The patient had been evaluated by his pediatrician and a pediatric neurologist. He was prescribed multiple different kinds of anti-epileptic medications without successfully controlling the seizures. He was eventually weaned off due to the development of speech problems as one of the side effects.

After multiple failed medication trials, a frontal lobectomy was recommended by the neurologist.

The mother sought a second opinion from a chiropractor.  The Doctor found vertebral subluxation (vertebrae out of alignment) in the upper neck.

Rather than surgery, the mother decided to first try the natural, non-invasive treatment for her son. After seven months and twenty-six adjustments, the child’s parents reported improvement in their son’s balance and speech and a significant decrease in eye rolling. Seizures had decreased in frequency to three to four per week. The child showed significant improvement in coordination, speech and quality of life.

“Research is revealing that there is a relationship between abnormalities in the spine, the nervous system and the brain” stated Dr. Matthew McCoy, a chiropractor, public health researcher and editor.  “Basic science research shows that the proper development of function of the brain relies on proper structure and movement of the spine from an early age.” The study goes on to say that not only does the developing brain rely on normal structural integrity and joint movement in the spine in order to develop and function normally.

Chiropractic is a natural, non-invasive and holistic approach to health care.  It focuses on resolving core issues, improving the function of all systems in the body. It all begins with the nervous system.   Chiropractic care is true health care, not disease care.  Regular  adjustments help to maintain a healthy immune system and fight against illness, allergies, infections, and injuries. The goal is optimizing human performance.

To schedule a free consultation, call 480-525-7841 today! The doctors at Foresight Chiropractic, the valley's Premier Wellness Center, are Board Certified Atlas Orthogonal upper cervical specialists providing care for the entire family for over 18 years. Adjustments are very precise and gentle -- no popping or cracking! You don't have to be sick to get healthy. Restore and optimize your health. Excel -- you and your children enjoy a longer, healthier and happier life! We look forward to partnering with you on your wellness journey.