Side Effects of Pain Pills 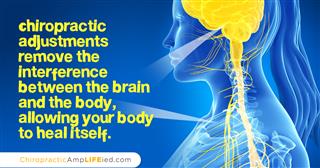 The use of painkilling drugs should be avoided at all costs!

The dangers of painkillers are well-documented: dangerous side effects, potential for misuse and overdose, gastrointestinal problems, and addiction.   And, more and more research and information is showing that drugs are much less effective than harmless, natural treatments for pain.

Simple, holistic and natural remedies -- such as chiropractic care -- and home exercises can relieve sub-acute neck pain more effectively than pharmaceutical drugs without the negative side effects and problems.

Up to 70 percent of Americans suffer with neck pain at some time in their lives. Neck pain can be acute and severe to the point of interfering with daily functioning.  Unfortunately, modern pharmaceutical medicine causes more problems than it solves.   When we turn to over-the-counter pain relievers or narcotic drugs for pain, we also ignore the side effects and other problems caused by painkillers.

A 2012 study published in The Annals of Internal Medicine demonstrated the effectiveness of alternative therapies for neck pain.  Study participants were put into three groups: one group received regular chiropractic adjustments, the second group received traditional drug therapy, and the third group received instruction on how to perform exercises to combat their neck pain.

The study showed that those who engaged in non-drug therapy enjoyed better results than the group who used painkillers.  The chiropractic care group saw 57 percent of the participants reporting 75 percent or greater reduction in pain. Almost 50% of participants in the home exercise group reported similar relief.

But only 33 percent of the painkiller group reported similar reductions in pain.

Long term, the benefits of chiropractic care and simple exercises are equally impressive, according to the study.  Over time, patients taking painkillers saw less effective results.   They also increased their usage of medication, which can lead to more serious side effects. From this study and others, the evidence is strong that pharmaceutical painkilling drugs are less effective for treating neck pain compared to safer, natural chiropractic care and exercise.

Side Effects of Pain Pills

Call 480-525-7841, the valley's premier Wellness Center for a free consultation with one of our amazing doctors. The doctors are Board Certified Atlas Orthogonal specialist providing precise and gentle care to families for over 16 years-- no popping or cracking! Call today and get your life back!